The Story of Narchyang Village, in the Annapurnas – Inside Himalayas 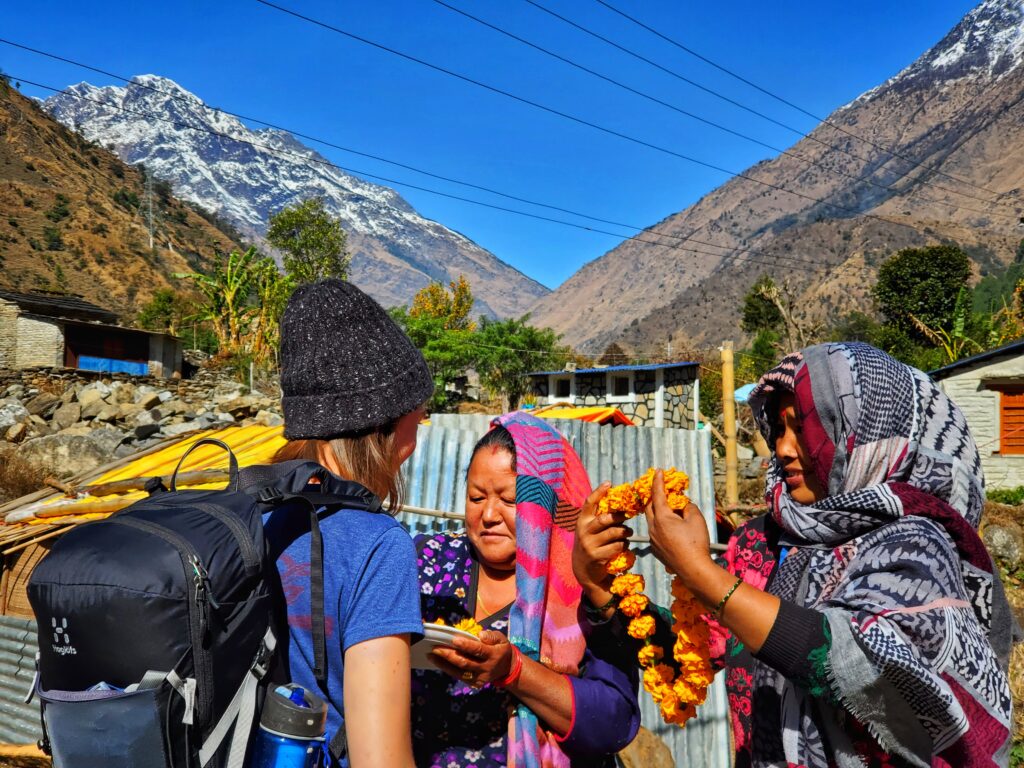 Even though thousands of travelers from all over the world take the route to circuit the mighty ranges of Annapurna, they tend to take no notice of the riverside village of Narchyang, which falls on the trail. Narchyang is what some may call a hidden jewel, as it has been overlooked. Just fifteen minutes drive away from Narchyang is the highlight of this particular trail, the village of Tatopani. Very popular among visitors and a place to rest after an arduous day’s trekking, Tatopani is gradually becoming more popular with both foreign and local travellers during peak trekking seasons. The hot water springs, which give Tatopani its name, are the star of attraction, and you will often find a long queue of visitors.

When it comes to initiating positive changes in the communities of Nepal, the youth has always been at the forefront. In the spring of 2018, young Ajay Pun envisioned the prosperity of Narchyang, a small village in the foothills of the mighty Annapurna, through tourism. “I still remember the childhood legends of Maurice Herzog,” says Ajay, referring to the great French mountaineer, first to conquer the eight-thousander, who made his way up to the summit of Annapurna via upper Narchyang in 1950.

Back then, Narchyang had very little to do with tourism as the villagers either found themselves tending to their crops and working in nearby hydropower projects, or looking for jobs in the big cities, like Pokhara and Kathmandu. Ajay had also moved to Kathmandu at the young age of 18, pursuing a better education and job opportunities. After working for a local restaurant and a whitewater adventure company for a few years, Ajay joined the Community Homestay Network (a developer and provider of community-based tourism experiences) as a travel consultant.

After working for nearly a year at Community Homestay Network, Ajay gained an insight into the global tourism market and learned more about Nepal as a tourism destination. He also understood that community-based tourism was picking up worldwide, as travelers looked to make a difference. Ajay quit his job as a travel consultant and headed back to his village with an idea to establish a community homestay. With intensive investments in capacity building and knowledge sharing, he was able to convince five families to start their own homestays. The inflow of visitors had started picking up from the autumn of 2019, as Narchyang hosted more than 50 travellers in just three months (before everything came to halt due to COVID-19 in 2020).

“Narchyang offers a sense of belonging to the travellers, where we treat them more as a family member than guests,” says Ajay. A beautiful village of Poon Magar ethnicity, Narchyang is spectacular, especially the nearby waterfall.

For tired travellers looking to take a break from the rigours of trekking, a few days in Narchyang is an ideal quick escape. The accommodation here provides the feeling of being in one’s own home among locals. It’s important (and part of the fun) to help them with their daily chores. You can go work in the fields, cook a homely meal with your host, or just sit back and relax, admiring the view of Nilgiri to the north. As a traveller in Narchyang, you will find that the time seems to be on a hold, and the hardest thing to do will be to leave.

Ajay still sees Narchyang as a gateway to the mighty Annapurna, as legendary Herzog did, and seeks to offer travellers an alternative Annapurna Base Camp trek on the northern side. The growing popularity of the Annapurna Base Camp trek among both foreign and local travellers has brought the major concern of overcrowding on the main trails, and the accompanying adverse environmental effects. The homestay project in Narchyang is the first step in developing an Alternative Base Camp route for mountain enthusiasts and travellers looking for something a bit different.

Although Narchyang as a destination is in its infancy, a prosperous future awaits the village, with youths like Ajay getting involved in developing it.

Has Nigeria benefitted from democracy?

Copa America opens in Brazil against backdrop of COVID crisis